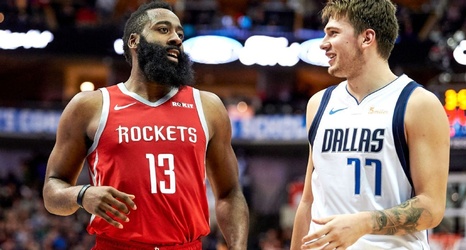 The pre-restart training camp Mike D'Antoni so eagerly anticipated for the Houston Rockets -- a team remodeled midseason with a drastic shift in philosophy to microball -- never really materialized. Due to late arrivals, including both of the team's superstars, as well as Austin Rivers' excused exit and reentry, the Rockets never had their full roster available for a practice in the Walt Disney World campus outside Orlando, Florida.

Hey, at least Houston was healthy headed into its final scrimmage. Unfortunately, that didn't last long, as Eric Gordon had to be helped off the court after he sprained his ankle in the first half Tuesday, an injury that could sideline the Rockets' third-leading scorer for the entire eight-game seeding schedule.