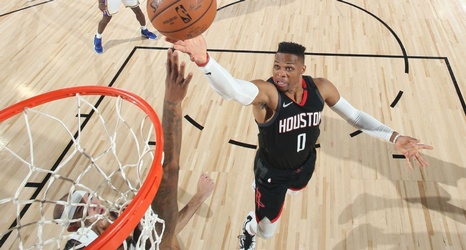 In the fourth quarter, Westbrook turned to William Rondo, who was seated in the Lakers' family section, and asked, "Are you talking to me?" William Rondo responded and then used a hand motion indicating Westbrook was talking too much.

Shortly after, Westbrook noticed Rockets security and NBA security walked a calm William Rondo out of the arena.

William Rondo also is in charge of the the barbers, manicurists and hair braiders working in the bubble through his company.