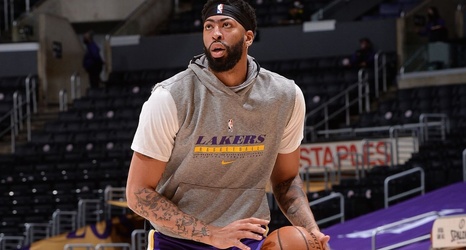 LOS ANGELES -- Anthony Davis was ruled out of the second half of Thursday night's 118-94 loss to the LA Clippers because of back spasms, giving the Los Angeles Lakers two stars -- along with LeBron James -- who made their return from a long-term injury only to go back on the mend with the regular season quickly slipping away.

Davis, playing in his eighth game since missing nine weeks because of a calf strain and Achilles tendinosis in his right leg, played nine minutes in the first quarter and scored four points on 2-for-9 shooting with one rebound.