LA Clippers' Kawhi Leonard on latest collapse: 'We just have to change' 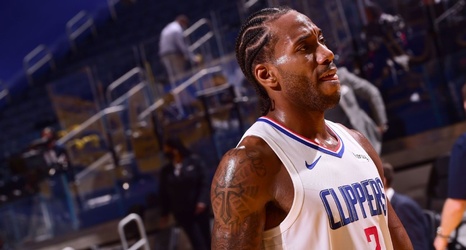 After the LA Clippers blew a 22-point lead in just over five minutes to suffer another second-half collapse, Kawhi Leonard said the Clippers "just have to change."

The Clippers led 85-63 with 3:15 remaining in the third quarter, only to drop a stinging 115-105 loss to the Golden State Warriors on Friday night.

Since the start of last season, and including the playoffs, the Clippers have lost an NBA-high eight games when leading by at least 15 points, according to ESPN Stats and Information research.

"We just have to change, pretty much," Leonard said after watching Stephen Curry score 19 of his 38 points in the third quarter.