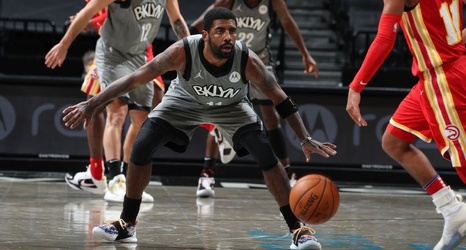 NEW YORK -- Kyrie Irving rejoined the Brooklyn Nets on Tuesday after two weeks away from the team.

"I'm back, I'm happy to be back," Irving told reporters. "And we got some great pieces and we just move on and I let my actions and my game speak for itself like I planned on doing. Just needed a pause."

Irving practiced with the team on Tuesday and coach Steve Nash said that he "expects" Irving will play on Wednesday against the Cleveland Cavaliers. Irving had missed the team's last seven games -- five for personal reasons and two while conditioning.