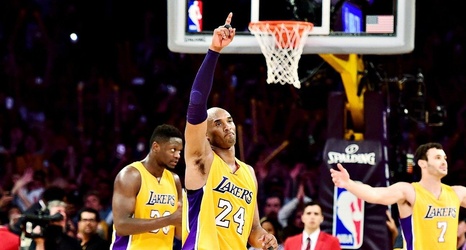 This story was originally published on April 14, 2016. Kobe Bryant's final game will re-air on ESPN and the ESPN app Wednesday at 9:30 p.m. ET.

In a black Los Angeles Lakers hoodie, sweatpants and a pair of his sneakers, the 37-year-old gathered his family -- his wife and two young daughters -- on the Staples Center hardwood, and posed for pictures beside the team's half-court logo.