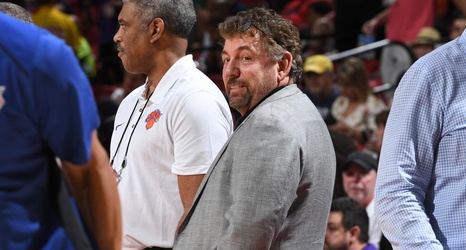 Shareholders have sued Madison Square Garden Company CEO James Dolan, claiming that the New York Knicks owner is overpaid and that he spends more time his band JD & the Straight Shot than actually being an executive.

According to filings by MSG, Dolan has been paid almost $76 million over the past three years, with the lawsuit saying that the MSG's peer companies pay their CEO's an average of $17 million over the same time frame.