Kirk Goldsberry Q&A: Sprawlball, Stephen Curry and the Evolution of the NBA 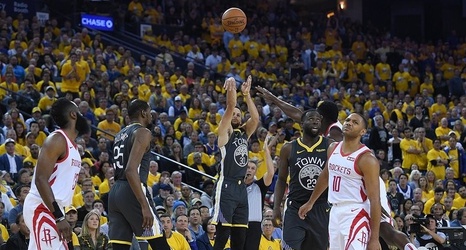 Kirk Goldsberry has a knack for taking complicated concepts and boiling them down to their essence. Goldberry’s swift rise in journalism was rooted in that ability, as he documented the habits of the best players in basketball and converted their on-court tendencies into easy-to-follow charts. For almost a decade he provided visual aids for basketball fans at Grantland, ESPN and The New York Times. With a background in Geography and Data Visualization, Goldsberry was uniquely qualified to create screenshots of the basketball landscape.

In his new book Sprawlball, he continues that effort from a higher perch.