Kevin Durant on Oklahoma City: 'I Don't Trust Nobody There' 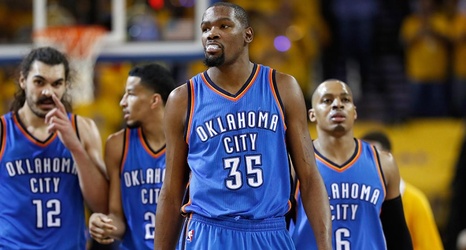 Kevin Durant has not been back to the Bay Area since June, when he left the Warriors and signed with the Nets on a four-year, $164 million max contract. The two-time NBA champion and back-to-back Finals MVP is unsure when he'll return again, but the possibility is there.

A return to Oklahoma City is not in the cards.

Durant told the Wall Street Journal's J.R. Moehringer that he "don't trust nobody there" after the way the city and its fans reacted to his decision to leave the Thunder for the Warriors in 2016.