KD on Leaving Warriors: 'I Started to Realize I'm Just Different From the Rest of the Guys' 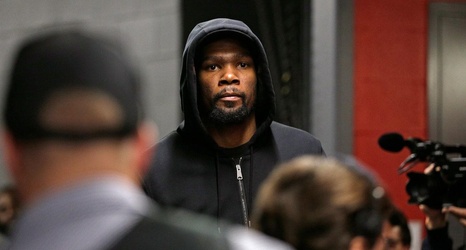 More than two months after Kevin Durant decided to leave the Warriors for the Nets on a four-year, $164 million max contract, the two-time NBA champion and back-to-back Finals MVP opened up about his decision to leave.

Durant said he was conflicted about leaving the Bay Area but added that he never felt fully accepted during his three seasons at Golden State, which impacted his decision.