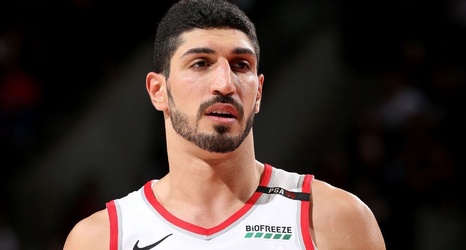 The National Basketball Players Association issued a statement on Thursday in support of Enes Kanter after the Turkish big man took to social media to call out mistreatment from Denver Nuggets fans and the NBA Turkey Twitter account.

"The National Basketball Players Association fully supports our players using their platforms to stand up for their beliefs and the principles they support. We stand with Enes and, as with all of our players, will work to ensure that he is treated fairly and with respect."

After playing a vital role in the Portland Trail Blazers' Game 2 win over the Nuggets on Wednesday, center Kanter was curiously left out of a tweet by the NBA Turkey Twitter account referencing the top performers from the game.