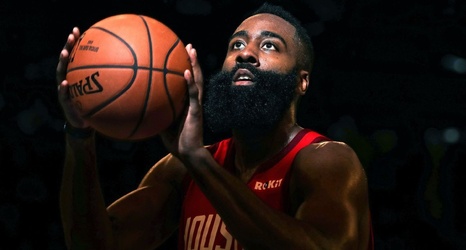 THE HOUSTON ROCKETS hear the James Harden haters, the Twitter trolls and meme makers who'd rather nitpick the aesthetics of the reigning MVP's game than appreciate his greatness.

Some fans will focus solely on the fouls Harden draws, no matter how many buckets he gets.

They'll whine that he walks, no matter how many spectacular stepback 3-pointers he swishes.

They'll say his iso-centric style simply isn't fun to watch -- or not title-friendly, as Kobe Bryant put it -- no matter how much history he makes.

"Man, just respect what he's doing," Chris Paul said, scoffing at the scrutiny Harden faces as he lights up the league with a prolific consistency that hasn't been seen since Wilt Chamberlain.