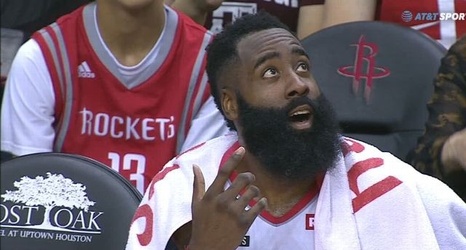 James Harden scored a season-high 60 points in three quarters and the Houston Rockets sent the struggling Atlanta Hawks to their 10th straight loss with a 158-111 romp on Saturday night.

Harden joins Klay Thompson and Kobe Bryant as the only players to hit 60 points in just three quarters.

His 24 shot attempts are the fewest ever in a 60-point game in NBA history.