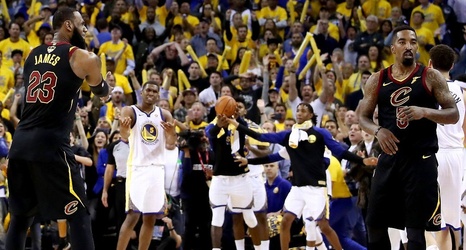 Editor's note: This piece was originally published on June 1, 2018.

Two lead changes. Three ties. A controversial replay reversal. A potentially series-changing blunder. The final minute of regulation in Game 1 of the 2018 NBA Finals featured just about everything. We let the Cleveland Cavaliers and Golden State Warriors tell the story of one of the most dramatic 60-second periods in NBA history in their own words.

LeBron puts the Cavs ahead

After leading by 11 earlier in the game, the Cavaliers found themselves trailing for most of the second half.