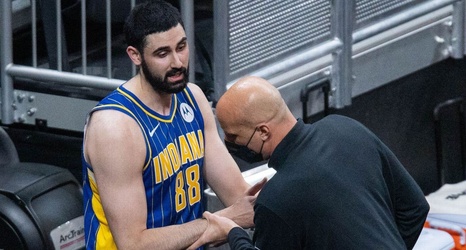 The Indiana Pacers have suspended assistant coach Greg Foster for one game and fined center Goga Bitadze for their emotionally charged on-court exchange Wednesday night in a loss to the Sacramento Kings.

The Pacers announced the punishments Thursday but said no further details would be released on what they called "an internal team matter." Foster will serve the suspension Thursday night for the Pacers' home game against the Atlanta Hawks, sources told ESPN.

Foster and Bitadze have had a strong working relationship this season for the Pacers, and that's expected to continue despite the exchange in the third quarter of Wednesday's 104-93 loss.