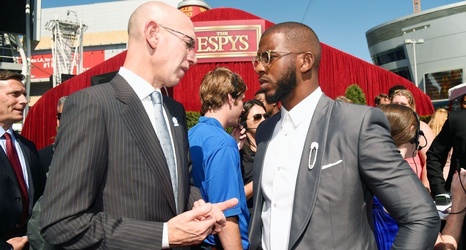 When speaking with players, coaches, executives, referees and even typically skeptical agents in recent weeks, their display of support for Adam Silver reveals a remarkable building of capital in his six years as NBA commissioner.

Under his leadership, the league and its partners have gotten richer. Silver has expanded support of players using their voices and platforms to make stands on social justice, and he has worked to open conversations and expand resources for mental health concerns.

In this uncertain and pressure-infused time, the currency Silver has developed could prove valuable. This seems to be particularly true with the players, as Silver must secure two deals with their union over the next few months that could test the limits of the relationship.