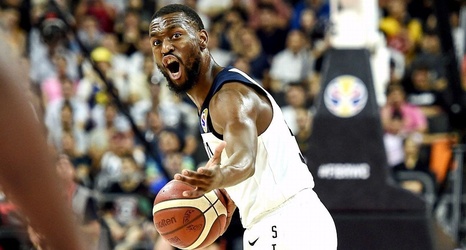 France's historic FIBA World Cup victory over Team USA on Wednesday left a lot of fans wondering how a roster full of American NBA players could lose in the quarterfinals of an international basketball tournament.

While the 89-79 defeat was disappointing for the Americans, it wasn't surprising. This version of Team USA is incapable of dominating international opponents the same way previous iterations could, and the problems were fully visible down the stretch in this quarterfinal matchup in Dongguan, China. After Khris Middleton made a driving layup to give Team USA a 74-67 lead with 7:39 remaining, France finished the game on a 22-5 run, showcasing the ailment that ultimately killed this gold-medal chase: woeful offense.