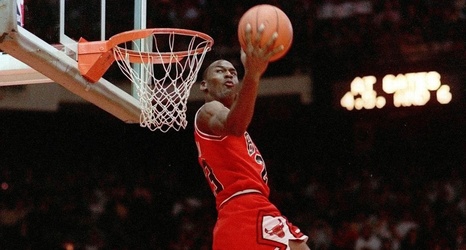 MICHAEL JORDAN WAS walking back to his chair in the Washington Wizards locker room when assistant coach Patrick Ewing introduced him to a new fan.

It was March 1, 2003, and 6-year-old Jalen Brunson was in town with his father, Rick, who was playing for the Chicago Bulls. Jalen, who collected NBA jerseys at every arena, was proudly wearing his new, white Wizards No. 23 when the legend himself asked the kid if he wanted it autographed.

As the Wizards players erupted with laughter, Ewing marched out of the locker room and yelled down the hall to Rick, his former New York Knicks teammate, about what had just happened.