How a pair of Pelicans rookies capitalized on their opportunity 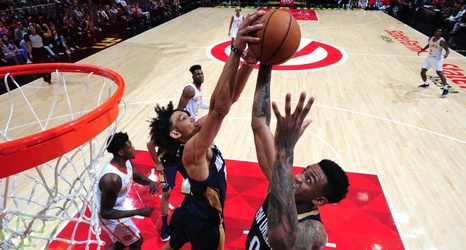 It was going to be the shining moment in Carmelo Anthony's return to the NBA. Just 15 minutes into his debut with the Portland Trail Blazers, the 10-time All-Star rose up for an epic posterizing slam. There was just one problem, and his name was Jaxson Hayes.

"I thought he was going to try and lay it up," Hayes said after the game.

The No. 8 overall pick, himself making just the second start of his career, denied Anthony's dunk attempt, one of three blocks he had in what turned into a 115-104 win for the New Orleans Pelicans.