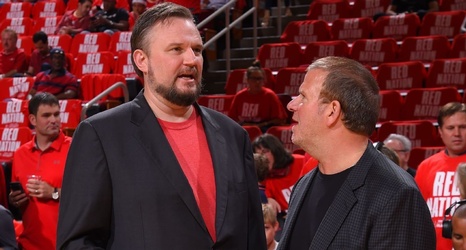 Houston Rockets owner Tilman Fertitta has declared his intention to rely on Daryl Morey to lead the franchise's coaching search, squashing speculation that Fertitta would also seek to make a change at general manager.

"Daryl Morey's job is safe, and I'm sure he's going to pick the right head coach," Fertitta said Tuesday during his weekly appearance on CNBC.

The Rockets, who were eliminated by the Los Angeles Lakers in the Western Conference semifinals, are searching for a new head coach after Mike D'Antoni informed the franchise on Sunday that he did not intend to return.