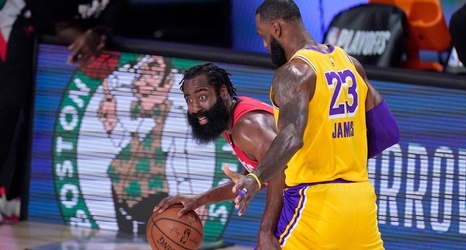 Houston Rockets coach Mike D'Antoni offered a simple explanation for his team's terrible performance through three and a half quarters of Thursday's 110-100 Game 4 loss to the Los Angeles Lakers.

"Just a lack of spirit," D'Antoni said. "It just seems like we got down. We lost our way a little bit."

The loss put the Rockets on the brink of elimination, as the Lakers took a 3-1 lead in the Western Conference semifinal series.

Houston displayed an alarming lack of energy, failing to score a second-chance or fast-break point in the first three quarters of the game.