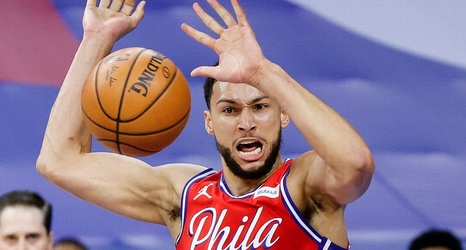 As Friday night's game between the Boston Celtics and Philadelphia 76ers wore on, Ben Simmons was nowhere to be seen. Through three quarters, Simmons had eight assists but only four points on just three shots, and he appeared well on his way to a fifth straight game with single-digit shot attempts in a continuation of what has been a quiet start to this season.

But then, as Boston cut Philadelphia's lead to four midway through the fourth quarter, and threatened to potentially steal the second half of this two-game series between these blood rivals, Simmons burst onto the scene.