Hield and Fox combine for 46 in win over Knicks 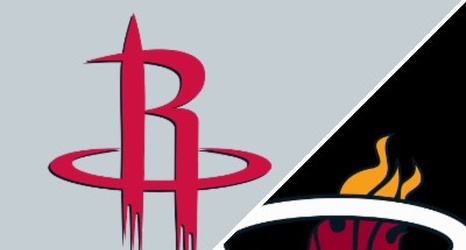 MIAMI -- Duncan Robinson scored 23 points, Meyers Leonard added 21 and the Miami Heat led by as many as 41 points on the way to an easy 129-100 win over the Houston Rockets on Sunday night.

Jimmy Butler scored 18 points and had nine assists for the Heat, and James Johnson scored 17 in his season debut. Miami is 5-1, matching the best six-game start in franchise history.

James Harden scored 29 for Houston, while Russell Westbrook was held to only 10.