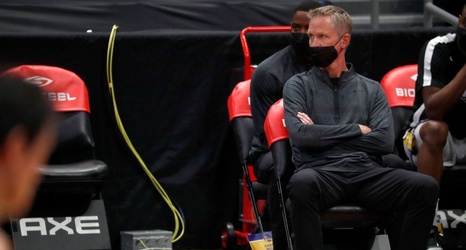 The Golden State Warriors suffered one of the most "humiliating" losses in franchise history Friday night during a 53-point defeat at the hands of the Toronto Raptors -- a team that came into the game having lost 13 of its last 14 games.

"You saw it," Warriors coach Steve Kerr said after the 130-77 loss. "We just got destroyed. Not a whole lot to be said. Humiliating for everybody involved."

The Warriors, who trailed by as many as 61 points in the second half, set some dubious marks in a game where both Stephen Curry (tailbone soreness) and Draymond Green (left finger sprain) sat out.