Ginobili out at least two games with hip issue 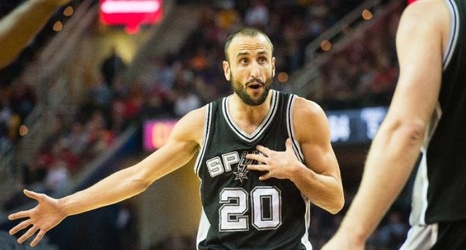 Manu Ginobili #20 of the San Antonio Spurs talks to his teammates during the second half against the Cleveland Cavaliers at Quicken Loans Arena on November 19, 2014 in Cleveland, Ohio (AFP Photo/Jason Miller)

The 38-year-old shooting guard is averaging 11.7 points, 3.3 rebounds, 3.7 assists and 1.3 steals over nine games this season for the Spurs.