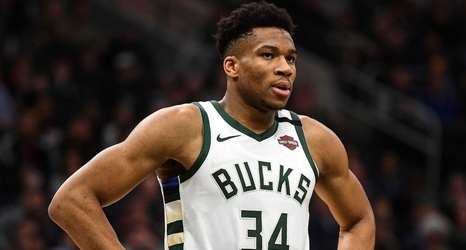 Coming to America from Greece, as a teenager, was not always the smoothest transition for Milwaukee Bucks superstar Giannis Antetokounmpo. Before "Giannis" became a household name, those who couldn't pronounce his last name, in addition to his rare freakish athletic ability and ball-handling skills at his size, often called the NBA's reigning MVP "The Greek Freak".

But as popular as the nickname has become, Antetokounmpo can't recall the first person responsible for it.

"First of all, the nickname is really good. I like it," Antetokounmpo said during his Thursday morning appearance on Capture Sports Marketing's Athletes Doing Good Radiothon with his teammate Pat Connaughton on ESPN Wisconsin.