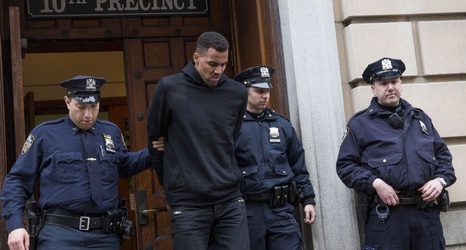 Thabo Sefolosha knows what it's like to be a black man, on the ground, surrounded by police officers.

Such was the scenario when George Floyd died in Minneapolis last week, and when Sefolosha watched that video, his memories came flooding back.

"I was just horrified by what I saw," Sefolosha said. "That could have been me."

Time has not healed all wounds for Sefolosha, the NBA veteran who said he was attacked by a group of New York Police Department officers in April 2015 while they were arresting him outside a nightclub in the city's Chelsea neighborhood.