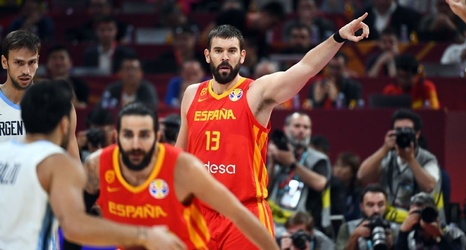 BEIJING -- There were a record 54 NBA players that took part in the FIBA World Cup over the last 16 days, a true commitment with training camps scheduled to open in two weeks.

The performance of the 12 who played for Team USA was well documented. Though Kemba Walker, Donovan Mitchell and a few others had some impressive moments, it wasn't a tournament to remember for those players.

But there were some strong efforts by some international players NBA fans would be interested in. In all, NBA players represented 17 different countries while in China.