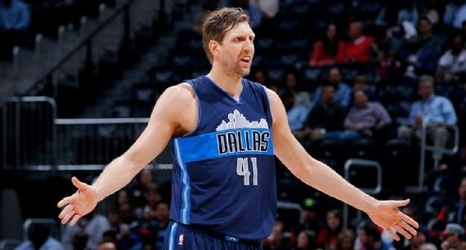 DALLAS -- Dirk Nowitzki respectfully disagrees with Kareem Abdul-Jabbar's opinion that the sixth-leading scorer in NBA history is a "one-trick pony" who has not had a "dominant career."

"I mean, it's actually not the first time he said some stuff," Nowitzki told ESPN.com after scoring 28 points for the Dallas Mavericks in Wednesday's 93-90 loss to the Miami Heat. "I'm not sure why. I guess he's not a big fan of my game, which is OK. But I like to think I was dominant at some point -- especially on the offensive end -- of my career, in my prime.