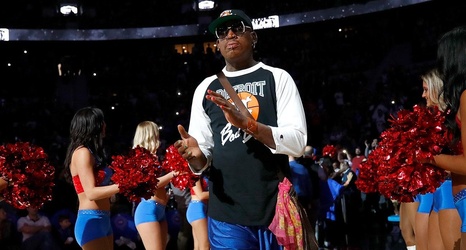 I feel bad for Dennis Rodman. It’s probably because I’m a bit of a mark. But after having watched ESPN’s latest entry in its 30 for 30 documentary series, Rodman: For Better or Worse, an obviously sympathetic portrayal of its namesake, it’s hard not to see Dennis Rodman—the five-time NBA champion, the former Defensive Player of the Year, Donald Trump’s friend, Kim Jong Un’s friend—as a victim of his incredibly challenging circumstances. That’s not to excuse all of Rodman’s behavior, ranging from his domestic violence charge to his self-documented struggles as a father. But the documentary, while not always willing to grapple with some of the more serious issues in Rodman’s life (Does anyone care about his mental health?