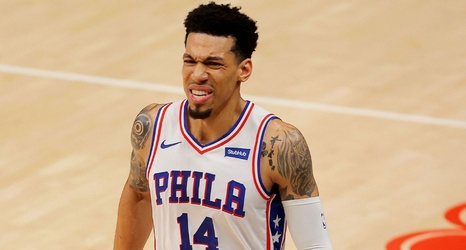 Danny Green will be re-evaluated in two weeks after an MRI confirmed he strained his right calf, the Philadelphia 76ers said on Saturday.

The injury occurred during the Sixers' victory over the Atlanta Hawks in Game 3 on Friday night. The veteran will miss the rest of this series, and could return in the next round, if Philadelphia advances.

Green left with 8 minutes, 15 seconds remaining in the first quarter with Philadelphia up 6-4 and was replaced by Matisse Thybulle.

He returned to the bench in the second half wearing a boot on his right leg.