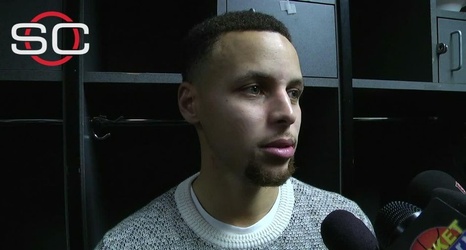 Golden State Warriors star Stephen Curry aggravated his left shin contusion again Tuesday night in a 109-88 win over the Los Angeles Lakers, but he said he's not worried about the injury long term and that he just needs to protect it while he's on the floor.

Curry's shin made contact with Roy Hibbert's leg as Curry made a layup over the Lakers center midway through the third quarter.

Curry limped noticeably after the impact, and Golden State called a timeout on the ensuing offensive possession. During the timeout, Curry took to the bench and had Warriors trainer Chelsea Lane work on his leg.