Clippers 'still learning each other' despite hanging 150 on Wizards 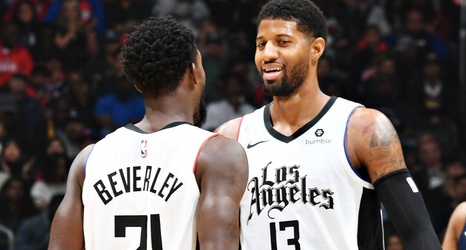 LOS ANGELES -- In more than two decades of coaching, Doc Rivers says he's never had a team where its two best players have yet to practice together with the starting unit 21 games into the season.

Yet despite the fact that Kawhi Leonard and Paul George are still waiting for that practice to happen, the LA Clippers are putting up staggering offensive numbers that the franchise has never seen. For the second time this season, the Clippers scored 150 points at home, this time demolishing the Washington Wizards on Sunday night 150-125.