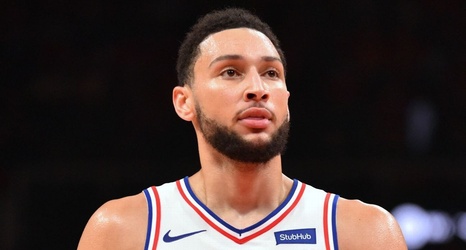 Ben Simmons, who has cleared health and safety protocols and is eligible to rejoin the Philadelphia 76ers, will not play in Friday night's preseason finale, the team announced.

Simmons' absence is listed by the team as "reconditioning," and he did not travel with the team to Detroit for the game. The Sixers open the regular season against the New Orleans Pelicans on Wednesday.

He is one of several Sixers to sit out of Friday's preseason finale, along with Joel Embiid, Tobias Harris, Danny Green, Matisse Thybulle and Shake Milton.