Anderson Varejao, out of NBA since 2017, signs 10-day contract with Cleveland Cavaliers 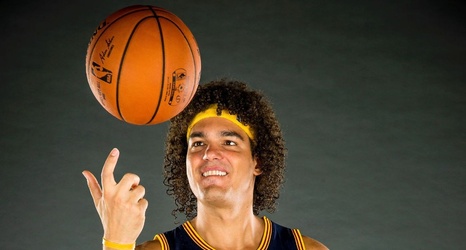 CLEVELAND -- Anderson Varejao is back with the Cleveland Cavaliers, signing a 10-day contract Tuesday to begin a stint to celebrate his 12-year run with the team.

The 38-year-old center hasn't played in the NBA since 2017 with the Golden State Warriors. The Brazilian agreed to come back and finish this season with the injury-plagued Cavaliers, who are crawling to the finish in another losing season.

Varejao was with the Cavs from 2004 to '16 before he was traded to the Portland Trail Blazers in a three-team deal a few months before Cleveland overcame a 3-1 deficit and beat Golden State in the NBA Finals to end the city's 52-year championship drought.