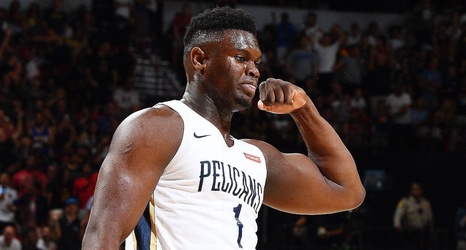 "There's very few guys -- at 19-years-old -- who can come in and impact this league. There's one in California but there's also not anybody like him."

Gentry knows that like it or not, the comparisons between Williamson and that California-based star, LeBron James, have already begun. And Williamson's debut scheduling wasn't an accident. After all, 16 years ago to the day, LeBron James made his NBA preseason debut.