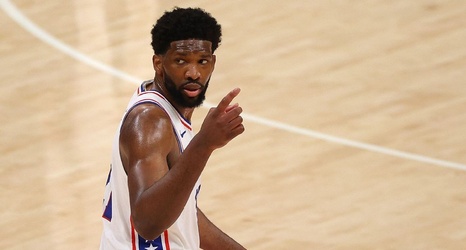 The Atlanta Hawks' double-teams came early and often, with help defenders behind them lying in wait. Such is the attention that Philadelphia 76ers center and MVP finalist Joel Embiid demands when he's working down low.

With less room to operate in Game 3 of the NBA Eastern Conference semifinals, Embiid was limited to 14 field goal attempts, along with six shots that resulted in a trip to the free throw line -- a drastic reduction from his 21 shots in Game 1 and 25 in Game 2. Despite the smaller diet, Embiid maintained his dominance and efficiency in the Sixers' 127-111 win.