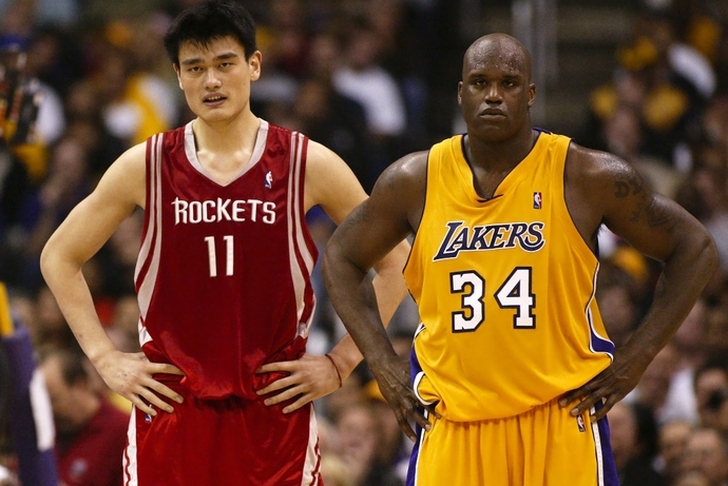 The Naismith Memorial Basketball Hall of Fame has switched from a requisite five-year waiting period from when a player retires to being eligible on the ballot to four years. That makes several former NBA superstars, most notably Shaquille O'Neal, Yao Ming, and Allen Iverson, eligible to be inducted into the Hall of Fame this year, one year early.

The Hall of Fame amended their eligibility procedures last week, but there was no guarantee that O'Neal, Ming, and Iverson would be on the ballot. All three players retired in 2011.

O’Neal is strongly expected to be enshrined as he finished his 20-year career with four NBA championships, three Finals MVPs, one regular season MVP, and 15 All-Star appearances to go along with his fifth-place standing on the league’s all-time scoring list (29,596).

Ming averaged 19.0 points and 9.2 rebounds during his eight-year NBA career, making the All-Star game each season. He also spent five seasons playing for the Shanghai Sharks in his home nation of China before moving to the NBA, where he won a championship in 2002.

Michigan State Spartans coach Tom Izzo and former women's star Sheryl Swoopes are the other notable names eligible for induction this year. The Hall of Fame finalists will be announced on Feb. 12 during the NBA's All-Star weekend, while those who will be enshrined will be unveiled before the NCAA Tournament championship game on April 4.