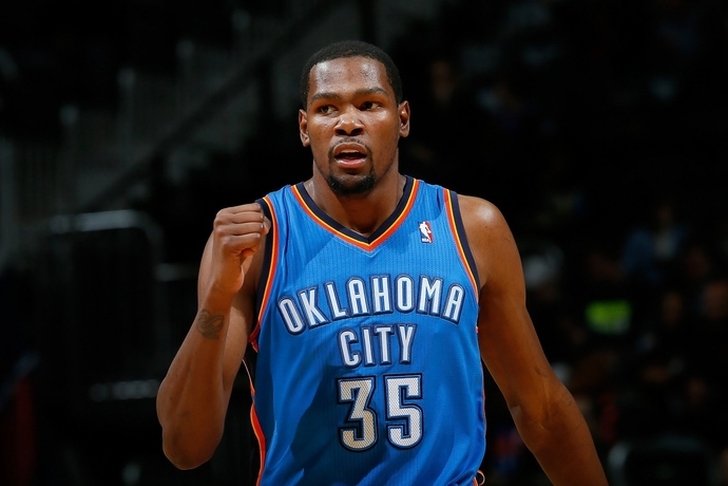 Because Twitter is celebrating its 10th anniversary today, more attention has been paid to the first ever tweet, sent by Jack Dorsey.

just setting up my twttr

With that tweet in mind, we thought it would be interesting to see what some of the best NBA players sent as their first tweets. Using Twitter's first tweet discover feature, we've put together the original tweets from 18 of the NBA's biggest stars.

We've ranked them in the order the players joined twitter. Oddly, most of the NBA players joined Twitter in 2009 or 2010. Kobe Bryant is the last adopter of the twitter among these stars, with Dwight Howard among the first. The two funniest tweets likely belong to DeMarcus Cousins and Russell Westbrook.

just out of practice in ATL..putting the past behind and focused...

out in L.A. for the weekend just had a late birthday celebration for my brother at my agents house. happy bday taylor.

sitting in the green room....about to watch my future unfold before me...

What's up everybody...glad to be on twitter, took me a while but my boys @rudygay22 and @therealdwade finally convinced me to try it out...

still trying to see how to wrk this Twitter page!!!

Hello World, the Real King James is in the Building "Finally". My Brother @oneandonlycp3 gas'd me up to jump on board so I'm here. Haaaa

feels good to be back!! yessir!!

I want to wish everyone on @USAbasketball good luck today. Bring home the gold! Wish I could be out there with you all #teamusa #olympics

The antisocial has become social #mambatweets