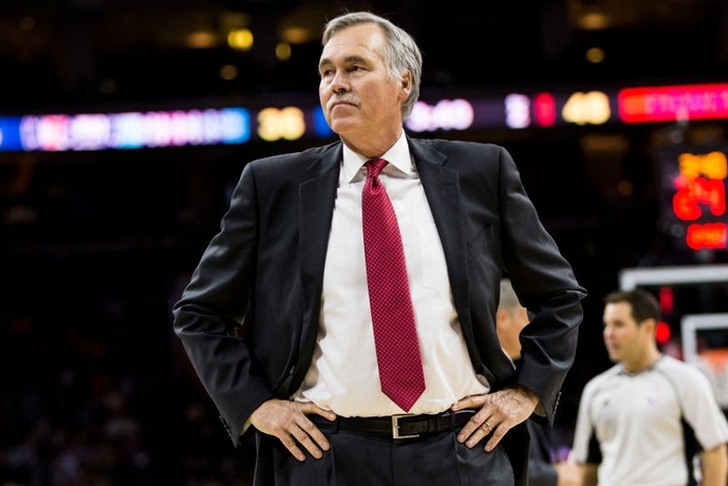 For the second time in his career, Mike D'Antoni is the NBA Coach of the Year. The Houston Rockets coach won the award, beating out Miami Heat coach Erik Spoelstra and Gregg Popovich of the San Antonio Spurs in the process.

D'Antoni last won the award in 2005, when he coached the Phoenix Suns. This year, he led the Rockets to a 55-27 record, good enough for third in the Western Conference. Last season, the Rockets went just 41-41.

Popovich is almost always a finalist for NBA Coach of the Year. He's won the award three times in the past, most recently in 2014.

The Heat were one of the worst teams early in the season and seem destined to end up with a high lottery pick. But, Spoelstra managed to turn the team around and they nearly made the playoffs. Miami finished with a 41-41 record, missing out on a playoff spot due to a tiebreaker with the Bulls.