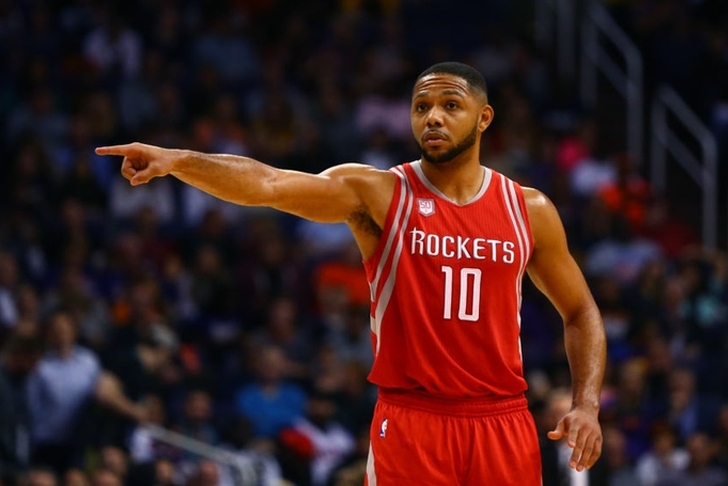 Eric Gordon of the Houston Rockets is the NBA Sixth Man of the Year. The NBA announced the award at their awards show Monday night, with Gordon beating out teammate Lou Williams and Andre Iguodala of the Golden State Warriors.

Gordon joined the Rockets after playing the New Orleans Pelicans since 2011. He put together one of his best years, recording 16.2 points, 2.7 rebounds and 2.5 assists per game. He played in 75 games, the most since his rookie year.

Williams, who won the sixth man award in 2015, joined the Rockets mid-season and that trade helped secure Gordon's sixth man title. Williams put 14.9 points, 3 rebounds and 2.4 assists per game with Houston and the Los Angeles Lakers.

Iguodala record 7.6 points, 4 rebounds and 3.4 assist for the Warriors this year. He also played his usual solid defense.