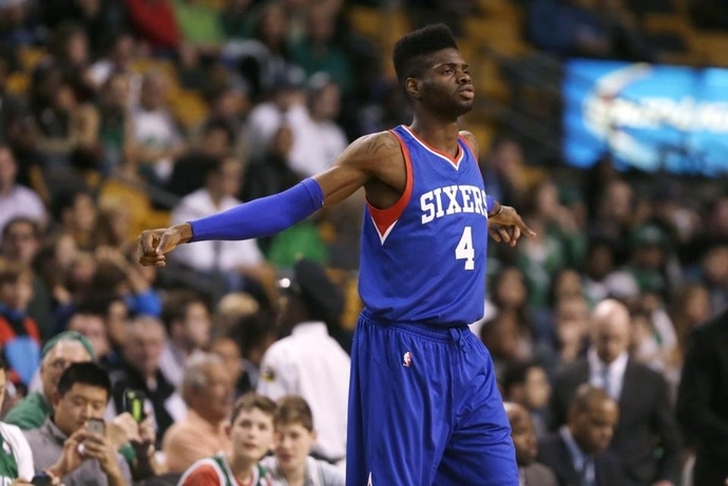 The Philadelphia 76ers and Atlanta Hawks are reportedly working on a trade that would send Jeff Teague to the 76ers and Nerlens Noel to the Hawks. The story was first reported by Shams Charania of The Vertical.

Atlanta and Philadelphia are discussing a deal centered on a Jeff Teague and Nerlens Noel package, league sources tell The Vertical.

The 76ers have too many big men, and were reportedly looking to deal either Noel or Jahlil Okafor. The Hawks have Dennis Schroder as the point guard of the future and likely weren't going to bring back Teague after this year.

The Hawks could lose Al Horford in free agency, and Noel would be a quality replacement. The 76ers are in desperate need of guard help.

Charania's report indicates there's likely more to the trade than a straight swap of Teague and Noel. Given the values of the two players, the 76ers should end up with something else in any potential trade.