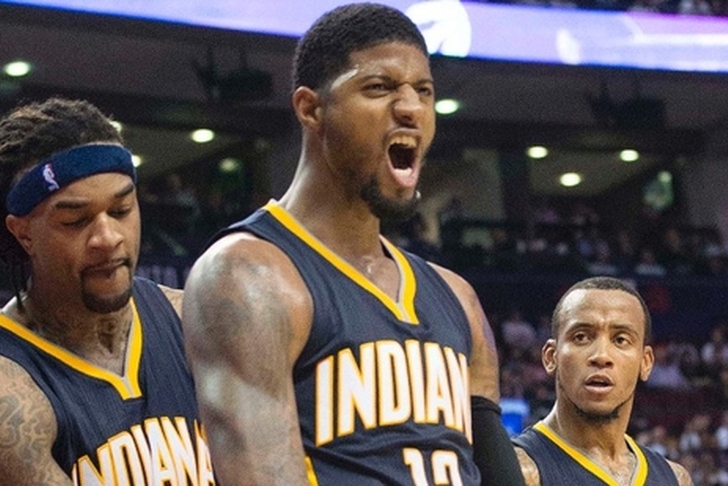 The NBA regular season is over a month old already, and we've already seen several surprising teams this year while other would-be contenders might be destined for the lottery this year. How do all of the teams project to stack up against each other as we head into the new year? Here's our initial 2015-16 NBA Power Rankings:

The Warriors' 15-0 start is tied with the 1948-49 Washington Capitols and 1993-94 Houston Rockets for the best start to a season in NBA history. It doesn't look like they'll be falling from the top spot all season.

The Spurs just keep rolling along, flying under the radar winning eight of their last nine games. It's a shame we won't see them play Golden State until January.

Cleveland has won three games in a row since dropped two straight, and will only become more dominant once they get their starting backcourt of Kyrie Irving and Iman Shumpert back from injury.

Chicago has now fallen behind the Cavs, but they've still won four of their last five games - with the lone loss coming to the Warriors.

Indiana has won eight of their last 10 games after an 0-3 start, posting the league's best defense in that time while putting themselves firmly in the mix in the Eastern Conference.

OKC was 3-3 without Durant, but have won both games since his return while looking like the contender we thought they'd be.

Miami has won six of their last seven games, and seem to have separated themselves from the Hawks and Raptors.

The Mavs have seemingly found their stride, winning six of their last seven - and suddenly look like contenders.

Atlanta has won just one of their past five games, and that came against the Kings. However, their seven-game win streak earlier this seasons shows they're among the best teams in the league.

Toronto has struggled since starting the season 5-0, but have won two games in a row and seem to have turned it around.

The Celts also have won four of their last six, impressively beating the Hawks, Thunder, and Rockets over that stretch. Now, they just have to beat those kind of teams consistently avoid bad losses, like their loss to the Nets.

The Knicks have won four of their last five games and added impressive wins over the Thunder and Rockets. It's clear this team will be fighting for a playoff spot all season.

Utah has still struggled against the top teams in the West (who they've face a lot early this year), but have proven they're an above average team.

Washington has rebounded from three straight losses to win three in a row, and look like a potential contender when Bradley Beal's in the lineup.

Charlotte has managed to rebound nicely from a 0-3 start with an impressive 8-3 stretch thanks to a much improved offense and a great record in close games. Still, we're not ready to say the Hornets should be taken seriously as a Eastern Conference contender, but it's clear they'll compete for a playoff spot.

LA has lost seven of their last nine games and the bottom isn't far from falling out. This week will be cruicial in determining if they return to their contending status or look more like the Rockets.

Memphis has rebounded from their nearly catastrophic start, winning four of their last five games, all over Western Conference teams.

Detroit's 5-1 start was very surprising, but they've lost six of their last eight games and are trending in the wrong direction.

Phoenix's success was short-lived as they followed their three-game win streak by losing three of their last four.

Orlando has lost three of their last four games and still look like they're learning how to win.

The Nuggets were surging early this year, but have come back to earth thanks to a 1-4 stretch.

Milwaukee has failed to deliver on their preseason promise, losing five of their last seven games.

Minnesota has tapered off since their promising start, losing six of their last eight games.

Sacramento is trending in the right direction and playing much better, but we haven't seen the results on the scoreboard yet, losing three of their last four games.

Portland has won two in a row since losing seven in a row, but those came against the Lakers and floundering Clippers. They need to beat some better competition to move up this list.

New Orleans has won two in a row with a healthy Anthony Davis over the Spurs and the Suns, giving the Pelicans some promise for the rest of the season.

Brooklyn has shown much more fight of late and nearly beat the Warriors, but they're still just a three-win team.

We knew the Lakers would be bad, but this is REALLY bad. They're getting blown out more often than not and have lost seven of their last eight games.

The Sixers still can't pull out a win. They're now just three games away from tying the worst start in NBA history (0-18).