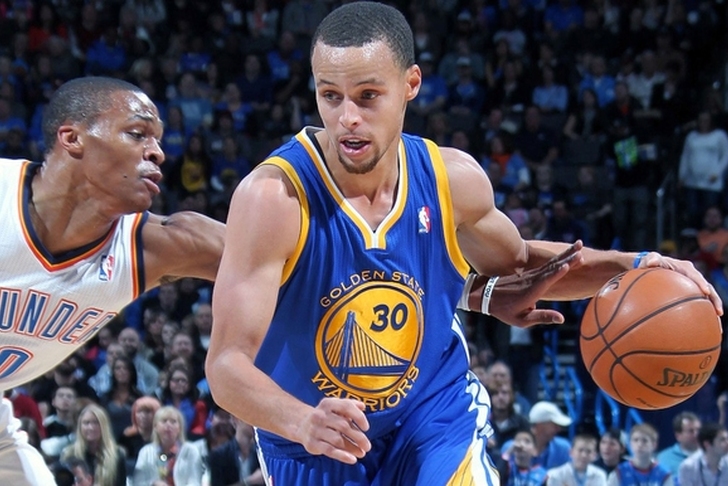 The NBA regular season is nearly a month old already, and we've already seen several surprising teams this year while other would-be contenders might be destined for the lottery this year. How do all of the teams project to stack up against each other as we head into the new year? Here's our initial 2015-16 NBA Power Rankings:

The Spurs just keep rolling along, flying under the radar with six straight wins.

Cleveland has lost two games in a row since their eight-game win streak, and while they're still the best team in the East, they're clearly behind the Warriors and Spurs

Chicago is now tied with the Cavs at the top of the Eastern Conference thanks to five wins in their last six games and the outstanding play of Jimmy Butler.

LA has struggled, losing four of their past six games, but they're playing with starting guards Chris Paul and J.J. Redick.

Atlanta has won just one of their past four games, and that came against the Kings. However, their seven-game win streak earlier this seasons shows they're among the best teams in the league.

Miami has won three of their last four games, but they have yet to show they can compete with teams like the Cavs, Bulls, and Hawks (0-2 in those games).

The Celts also have won three of their last four, impressively beating the Hawks, Thunder, and Rockets over that stretch. Now, they just have to beat those kind of teams consistently.

Toronto should have a better record this after close losses to the Jazz and Warriors, but have struggled since starting the season 5-0.

The Mavs have seemingly found their stride, winning five in a row and six of their last seven - and suddenly look like contenders.

OKC has struggled again with Kevin Durant despite the play of Russell Westbrook, showing that the supporting cast on this team simply isn't that good.

Utah has won two games in a row and own impressive victories over the Raptors, Hawks, and Grizzlies. Again, consistency is the issue for this team.

Indiana has won seven of their last nine games after an 0-3 start, putting themselves firmly in the mix in the Eastern Conference.

Washington has rebounded from three straight losses to win two in a row, and look like a potential contender when Bradley Beal's in the lineup.

Milwaukee's 0-3 start was concerning, then their 4-0 stretch against Atlantic division teams seemed to get them right, only to be 1-3 since then. We know the talent is there for Milwaukee - they just have to put it together on a nightly basis.

Detroit's 5-1 start was very surprising, but they've lost four of their last five games and are trending in the wrong direction.

Phoenix limped out of the gate, but they have won three of their past four games to put them over .500 on the season.

The Knicks have won two in a row and four of their last six, led by the outstanding play of rookie Kristaps Porzingis. It's clear this team will be fighting for a playoff spot all season.

Charlotte has managed to rebound nicely from a 0-3 start with a 6-3 stretch thanks to a much improved offense.

The fourth of the five .500 teams in the league, Denver looks like a young team on the rise thanks to two wins over the Rockets and one over the Bucks.

Orlando has had a very tough schedule to this point, but have not beaten anyone they weren't supposed to.

The Rockets fired head coach Kevin McHale, and this talented team just looks to be in a complete tailspin right now after losing four of their last five games.

Minnesota has tapered off since their promising start, losing five of their last six games.

Sacramento seems to have figured something out, winning three of their last four games, but we're not ready to move them higher until they do it over a longer stretch.

Portland's 4-2 start has been met by seven straight losses, putting them near the bottom of the conference.

Brooklyn has shown much more fight of late and nearly beat the Warriors, but they're still just a two-win team.

We knew the Lakers would be bad, but this is REALLY bad. They're getting blown out more often than not and have lost five of their last six games.

New Orleans was the last Western Conference team to pick up a win this season, and they've vastly disappointed after last year's playoff appearance. Injuries to five key players, including MVP-candidate Anthony Davis, has them in a total freefall.

The Sixers have just as bad as you would expect (if not worse), though rookie Jahlil Okafor is playing relatively well.