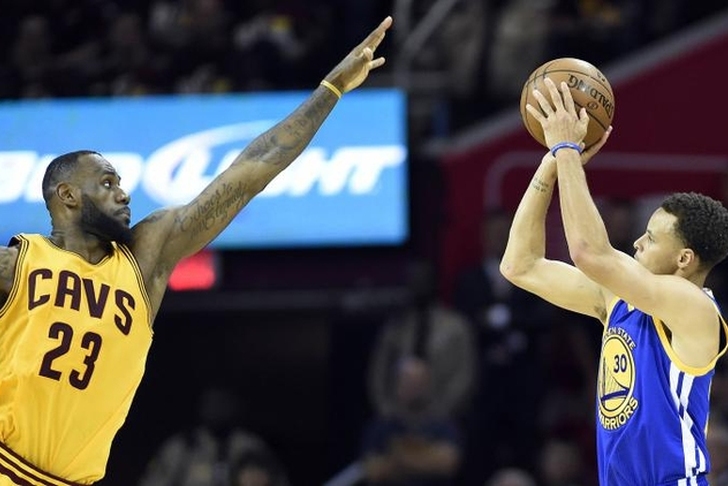 The full 2015-16 NBA schedule was released tonight for all 30 teams, and there are plenty of marquee matchups for fans to get excited about. Here are the six most intriguing matchups of the upcoming NBA season:

Not only are the Cavaliers and Spurs expected to be two of the top three or four teams in the league, but they also gave us the best regular season game of last year in Cleveland's 128-125 OT win in March thanks to Kyrie Irving's 55 points. Look for San Antonio to do everything they can to give LeBron & Co. some payback.

Pit the last two league MVP's (Stephen Curry, Kevin Durant) and two of the Western Conference favorites against each other late in the season, and this game will have a playoff-like atmosphere. You better believe the Thunder have this game circled as a way to prove that they're fully back and a true contender.

The Trail Blazers aren't expected to be a contender this season, but LaMarcus Aldridge's return to Portland will give this game plenty to intrigue and animosity.

Golden State surpassed the Spurs last season in what was seen as a "passing of the torch" season, but San Antonio reloaded this offseason and are expected to meet the Warriors in the Western Conference Finals. This is another regular season game that will have a playoff feel.

Think the fans in Dallas have been waiting to give DeAndre Jordan a piece of their mind after he backed out of signing with the Mavericks this offseason? Well, they'll get their chance to on November 11, creating what will be one of the most must-see games of the season.

Many expect Cleveland and Golden State to meet each other in the Finals again at the end of the season, and this is the first time we'll get to see the two sides match up against each other this season.