Ranking The 5 Best And 5 Worst Franchises In The NBA 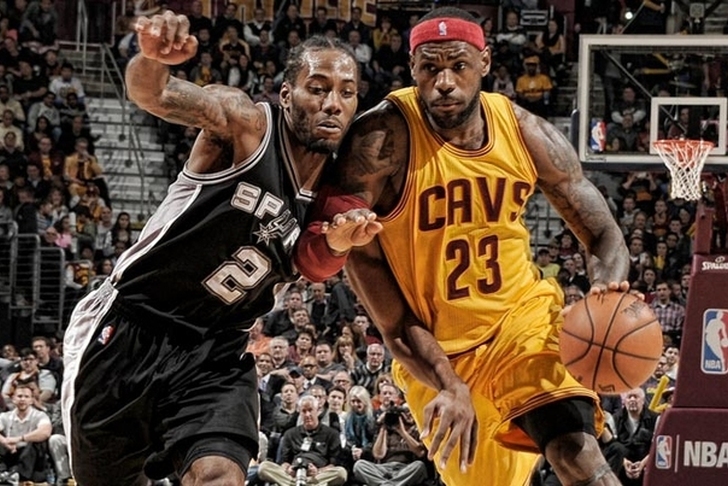 FIVE BEST FRANCHISES:
5) Oklahoma City Thunder
ESPN: "The Thunder have spent the past eight years in Oklahoma City establishing themselves as a model small market operation and building a consistent winner that has competed for championships for the past half-decade. Then everything blew up on July 4, and that left the Thunder to face a future without their biggest star."

4) Dallas Mavericks
ESPN: "The Mavericks haven't managed to get out of the first round of the Western Conference playoffs since they won the 2011 NBA title, but Mark Cuban's franchise continues to fare well in these standings. Only the Spurs, Cavaliers and Grizzlies rank higher among NBA teams."

3) Memphis Grizzlies
ESPN: "Let Memphis-born legend Ric Flair sum up this past season for Grizz fans: "WOOOOO!!!" Despite a deluge of trades and injuries, Memphis, against all odds, still managed to snag their sixth straight playoff appearance. That same charmed existence continued in our standings. The Grizzlies once again stayed close to the top by tag-teaming an affordable product with a roster that just refuses to quit."

2) Cleveland Cavaliers
ESPN: "The Cavaliers broke their city's 50-plus year championship curse to rise in the rankings to ... No. 13?! There always has to be something unlucky about Cleveland, doesn't there? Triskaidekaphobia aside, LeBron James & Co.'s epic comeback against the Golden State Warriors to capture the Larry O'Brien Trophy rightfully has this group up 31 spots in our standings, knocking on the door for consideration as a top-10 franchise in sports."

1) San Antonio Spurs
ESPN: "The San Antonio Spurs inched down a spot to No. 2 in the Ultimate Standings after capturing a franchise-record 67 victories, which included an impressive 40-1 record at home. Not much kept them from a third-straight standings win -- after all, they're the best in sports in ownership, coaching and players -- but perhaps a disappointing Western Conference defeat to the Thunder had something to do with it."

FIVE WORST FRANCHISES
26) Los Angeles Lakers
ESPN: "Coming off their worst season in franchise history and after missing the playoffs three straight seasons, is it any wonder the rebuilding Lakers continue their Ultimate Standings slide? The (somewhat) bright side: Kobe Bryant and Byron Scott are out, which gives Luke Walton and the Lakers' kids a chance to start anew."

27) Brooklyn Nets
ESPN: "Just how bad are things in Brooklyn? The Nets are preaching progress this season -- not wins. Hey, at least new GM Sean Marks and first-year coach Kenny Atkinson are being realistic about the uphill battle the franchise faces on the heels of a 21-61 finish in 2015-16."

28) Sacramento Kings
ESPN: "The Kings have not been to the playoffs since 2006, when now-VP of player personnel Peja Stojakovic was still a player. Since Rick Adelman was let go after a playoff loss that year, Sacramento has gone through eight head coaches; the ninth, Dave Joerger, will be on the sideline this season. The lack of stability has permeated the franchise, even more so since Vivek Ranadive bought a majority share in the club in 2013. The Kings have a lack of direction -- except, that is, in our rankings, in which they've headed to the bottom."

29) New York Knicks
ESPN: "Voters in the 2016 Ultimate Standings don't appear to have much faith in Phil Jackson, whose Knicks remain in the bottom 10 of all teams. New York did move up seven spots this year, after a 32-win campaign in 2015-16, Jackson's second full season as team president, but it'll take a lot more Ws than that to make up for those ticket prices."

30) Phoenix Suns
ESPN: "The Suns fell 13 spots on our list and now are the lowest-ranked team in the NBA. This squad ranks 100th or worse in all but one category: affordability. In that, it is ranked No. 98. That's ... encouraging? The roster isn't good, and ownership is worse. Put it this way: The Suns haven't made the playoffs since a surprise trip to the conference finals in 2010, Alvin Gentry's first season. Gentry is gone, and Phoenix is on its third head coach since. Ouch."