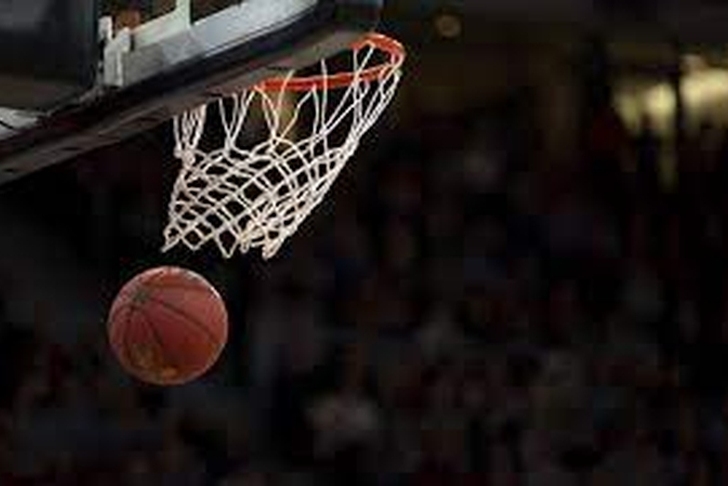 Emmy Award winner Rachel Nichols regularly had the best guests join her on her show, The Jump, and a major key to the show's success was the long list of NBA talent to grace the set.

Tracy McGrady and Scottie Pippen are two of the many Hall of Famers who worked in the studio with Nichols. McGrady, who spent a lot of time on the program, once told a story about the possibility of a trade that didn’t happen. He told the story while he was on set with Chauncey Billups, Pippen and Nichols. McGrady revealed that he was almost dealt to the Chicago Bulls for Pippen right before the NBA draft in 1997.

“Right before the draft, my team gets a call and it was from Chicago and they wanted to bring me in for a private workout,” McGrady recalled. “The talk was it was going to be a trade for you and me at the time.”

McGrady went on to add that Michael Jordan made that call and kind of botched that whole deal. Pippen was going into his free agency year. He responded that it was probably a trade that Chicago should made because he left the following season, and the Bulls would have gotten a younger player. The Bulls went on to win their second three-peat that season.

McGrady went on to become one of the greatest scorers in league history and a Hall of Famer. He was a seven-time All-Star, seven-time All-NBA selection, two-time scoring champion, and former Most Improved Player of the Year.

After his NBA career, McGrady joined Rachel Nichols on The Jump. He was part of her sales pitch to ESPN.

“I said this a million times, and my elevator pitch for the show was, hey, I don't want it to feel like a PowerPoint presentation. I don't want it to have a bunch of monitors and that kind of thing. It shouldn't just be like contained points. I wanted to feel like sitting around talking about basketball with your friends, but what if one of your friends was Tracy McGrady?”, Nichols reflected.

T-Mac had been on NBA Countdown and NBA TV before, but ESPN wasn’t exactly convinced he could thrive in his role sitting alongside Rachel Nichols.

“I told them, everybody needs reps. The idea that someone's magically good on TV the first time is insane. And he didn't even need that many reps by the way. He was very, very quick to it, which is not always the case. I thought maybe people didn't quite realize the allure he had, especially for this generation of players,” Nichols said.

There were many things Nichols liked about T-Mac. One of the things was he wasn’t an “I walked uphill both ways to school kind of guy.” He didn’t complain about the hand he was dealt, and he wasn’t bitter about how things did or didn’t work out for him.

He left Toronto for Orlando and if Grant Hill doesn’t get hurt the way he did, McGrady’s whole life could have played out differently. He heard year after year that he couldn’t get out of the first round, he couldn’t win playoff games.

McGrady ended up in Houston and then he had lingering injuries. He never returned to the Tracy McGrady everyone knew.

Rachel Nichols covered McGrady a ton throughout his playing days, and they spent a lot of time together working on The Jump. She loves how he handled all the adversity that came his way. His career could have taken an entirely different trajectory if he played in today’s game as well.

“If his knee had been diagnosed and treated a little bit differently. If they knew then what they know now, it could have saved his knee and it would've been a completely different thing and with load management,” said Nichols. “The style of the game is different now. The rules have changed. He never sits there and gripes. He gives you that smile and says, man, that'd be pretty fun.”

The biggest thing in NBA circles is player respect amongst each other.

NBA legend, and McGrady’s friend, Kobe Bryant had nothing but respect for McGrady’s game. Before Bryant’s tragic passing, he said McGrady could do everything that Bryant could do, but he was taller. Bryant gave T-Mac the ultimate compliment saying he was the hardest player he ever had to guard.

Who could forget McGrady’s 13 points in 35 seconds to beat the Spurs in a regular-season game?

When The Jump was on-air, Rachel Nichols knew the 6’8” phenomenally talented McGrady played a Hall of Fame career.

“When we started with the show, I would call him future Hall of Famer, Tracy McGrady. When I would introduce him there was a little pushback and I was like, you guys are missing it…Of course, he was a first ballot Hall of Famer.”