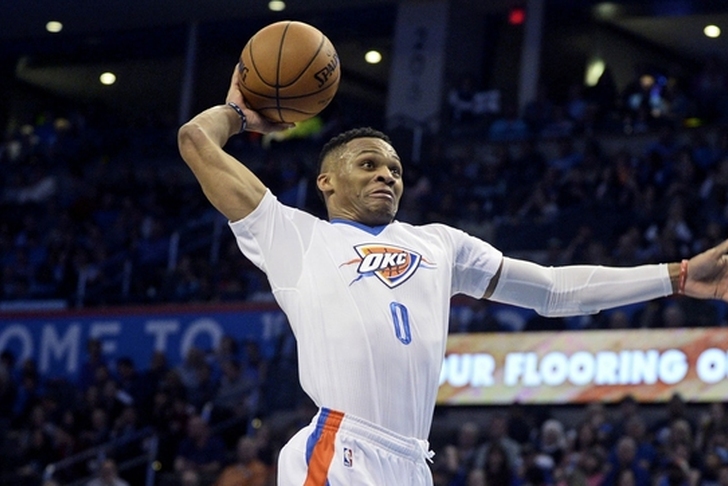 The NBA 2016-2017 season has been a whirlwind so far, with some surprise results and new records in the first half of the season. There have been an incredible number of 30 and 40 point games from individuals and the quality of play seems to have improved vastly due to the changes to traveling and game schedules. Last year's champions the Cleveland Cavaliers are still at the top of the Eastern Conference but are definitely not unbeatable and the same is happening in the West with Golden State Warriors, although they are still oozing class with a dream-team offense and form to match. Things could get exciting however, with both the San Antonio Spurs and Toronto Raptors hot on the tails of the conference leaders as we hit the midpoint of the season.

Although there is plenty of excitement about the conference leaders, the MVP race is where things are really starting to hot up. There have been some exceptional individual performances this season, with certain players really stepping up to the mark and taking advantage of the bigger rest gaps and less chaotic travel schedules to put more into every game. We'll be taking a look at who will be up there at the end of the season in more detail.

Lebron James, Cleveland Cavaliers
At the start of the season, all eyes were on James after sharp performances last year which helped the Cavs to the NBA title. He has real NBA history and plenty of finals appearances and seems cool and calm even when the going gets tough. Although he hasn't looked as good this season, he still has plenty of points left in him this year and will certainly be focusing on winning the competition and being named MVP.

Russell Westbrook, Oklahoma City Thunder
The six-time NBA all-star has had an amazing season so far, averaging 30.8 points per game which has made him the favorite to walk away with the NBA title. Although Oklahoma City probably isn't going to be walking away with any trophies soon, this individual performance will have heads turning to an already world class basketball player

James Harden, Houston Rockets
The 27 year old Californian has really stepped up to the mark this year, putting in some great displays and finishing pretty much everything put in front of him. From built up team to play to individual flashes of excellence, Harden is currently second favorite and needs to maintain his current tempo to be in with a chance on the final day of the season.

Kawhi Leonard, San Antonio Spurs
Media favorite and Spurs small forward Leonard is something of a dark horse for this year's award. Spurs are doing well in the league thanks to brilliant plays and new records, including 65 points and 10 steals against two consecutive games. He set his new career high this season, reaching 41 points in an overtime game against the Cavaliers.

As it stands, it looks like it'll be between the Cavaliers and Golden State Warriors, but these two are definitely not nailed on. The Spurs are in fine form and could easily catch up, as could the Raptors, Rockets and even Celtics who are making waves with some great performances. As long as the MVP candidates keep up their form and have the right support from their team members, the competition should remain open right up to the last few games.