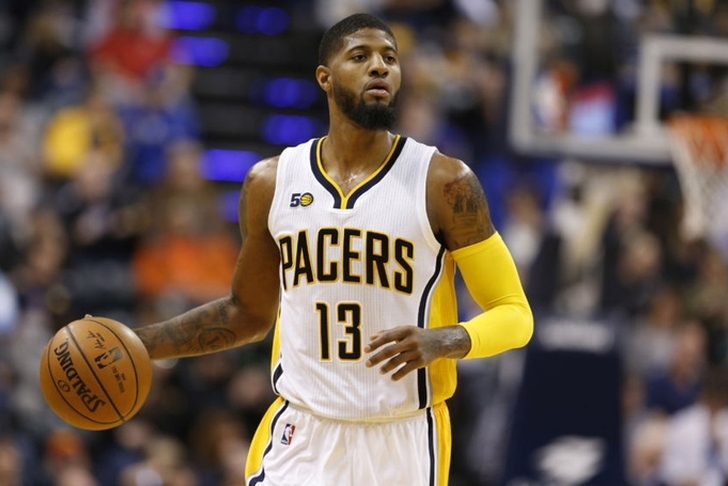 Paul George's time with Indiana Pacers appears over, but the question remains which team will trade for George. The Pacers are shopping George to several NBA teams, with the goal of getting a deal done before the NBA Draft. As a result, there are plenty of rumors surrounding a Paul George trade and the latest ones are below.

Any deal for George likely won't return equal value. George wants to play for the Lakers, meaning his new team (if it's not LA) would only get him for one year. Despite George's immense talent, a one-year rental of George means the Pacers won't get very much back. This post will also be updated with all the latest rumors on George.

Pacers Taking Calls
The Pacers are already in trade talks with several teams, hoping to increase the price of George.

The Clippers, Rockets, Wizards and, yes, Cavs are among the teams that have also talked Paul George trades with Indiana, league sources say

All four teams have one major problem in getting George: what can they give up that the Pacers would want. The Clippers lack picks and young players, while the Rockets don't have a first this year and a package centered on Sam Dekker and Montrezl Harrell isn't appealing. The Wizards aren't likely to move Otto Porter in a sign-and-trade, leaving future firsts and players like Kelly Oubre as the trade chips. The Cavs could move Kevin Love, which might be the best player the Pacers get back. Of course, that assumes the Lakers don't pull off a deal.

NOW READ: 5 Teams That Could Pull Off A Paul George Trade

No Connection With Celtics
There haven't been any links so far between the Celtics and Paul George. Perhaps that not a huge surprise, since the Celtics don't want a rental player. If the Celtics do make a big trade, Jimmy Butler seems to be the more likely target. Don't expect George to end up on Boston next year.