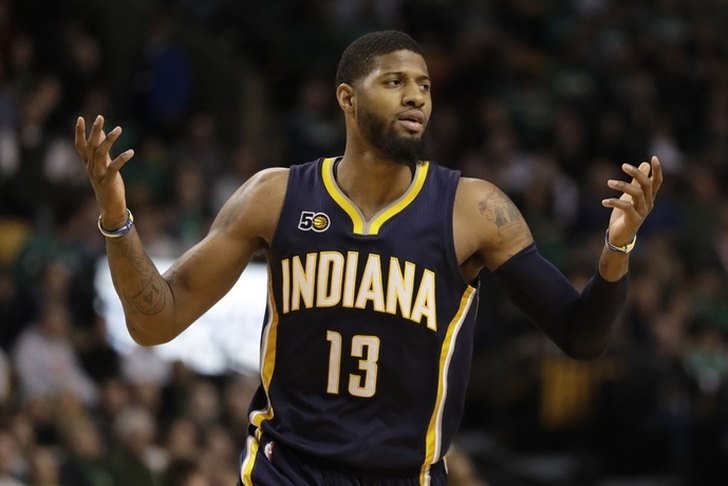 The Indiana Pacers have filled tampering charges against the Los Angeles Lakers over the Lakers' interest and possible contact with Paul George.

Wojnarowski also adds the that the Lakers are adamantly denying any charges by the Pacers. ESPN reports the Lakers expect to be cleared. The story was actually first reported by Peter Vecsey, although his article is blocked behind a Patreon paywall.

The NBA has announced they are investigating the tampering accusations. The law firm Wachtell, Lipton, Rosen & Katz is running the investigation for the NBA.

"The Lakers have been cooperative and, at this point, no findings have been made," Mike Bass, the NBA’s Executive Vice President of Communications said in a statement. "We have asked both teams to refrain from commenting while the investigation is ongoing."

The Pacers had traded George after he said he wouldn't re-sign with Indiana and wanted to play for the Lakers. GM Magic Johnson is at the center of the investigation, although specifics of the accusations have not been reported yet. However, Johnson has not been shy about his desire to add George, even joking on a Jimmy Kimmel Live appearance about how he could get around the tampering rules. ESPN reports the investigation focuses on potential contact between George and Johnson.

If the NBA proves the Lakers tampered, there are several potential punishments. There are fines up to $5 million, loss of draft picks, restrictions on adding George and/or suspensions of officials.